6 Science-Backed Benefits of a Plant-Based Diet

There is some ambiguity surrounding the term “plant-based diet.” Some use it strictly to refer to vegan and vegetarian diets, others use it to describe a more flexible approach to eating in which plant foods are the main focus but meat, fish and dairy products aren’t entirely off the table.

Regardless of your interpretation, one thing holds true: Adopting a mostly meat-free diet that’s centered primarily around vegetables, fruits, whole grains, beans, legumes, nuts and seeds, is a positive step for your health—and the planet.

Here are six research-backed benefits of plant-based diets:
Healthy hint: All of zing's protein bars are plant-based, contain no dairy or anything artificial, and are totally GMO-free. They were developed by registered dietitians to deliver the right balance of nutrients so both your taste buds and your belly are satisfied! Learn more here. 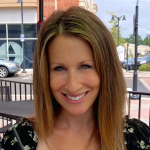 Deanna is a Pennsylvania-based nutrition expert and journalist with a passion for helping others optimize their health and happiness through food and nutrition. When she’s not talking or writing about nutrition, Deanna enjoys running, cycling, hiking and spending time outdoors with her sons, Benjamin and Samuel, and her husband, Nick.